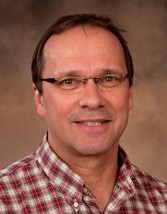 Dr. Pierre’s extensive professional background includes practicing Optometry in Arizona and Micronesia. Prior to beginning work at the FCPHWC in 2001, he worked at tribal clinics both in Keshena and Oneida, WI. Dr. Pierre is the Indian Health Service Deputy Chief Clinical Consultant for the Optometry Program.

The third of five children, Dr. Pierre grew up in Green Bay, WI. He has many fond memories of spending summers working on his grandparents’ dairy farm in Door County. Dr. Pierre and his wife, whom he met on a blind date, have four grown children and three grandchildren. Along with spending time with his family, Dr. Pierre enjoys riding his tandem bicycle, Nordic skiing, and perfecting pizza and bread in his backyard stone oven.